Manawatū, one of NZ’s most Affordable Places

By Mahalee Guieysse April 20, 2018 November 21st, 2019 No Comments
Manawatū, is one of New Zealand’s most affordable regions, but how do we get more people to move here?

House prices in Palmerston North city and Manawatū District are increasing month on month, great news for sellers – buyers may have a different opinion.

However, it needs to be pointed out, Manawatu’s affordability is one of the best in the country, according to the latest data on housing affordability, which compares house prices with average salaries. 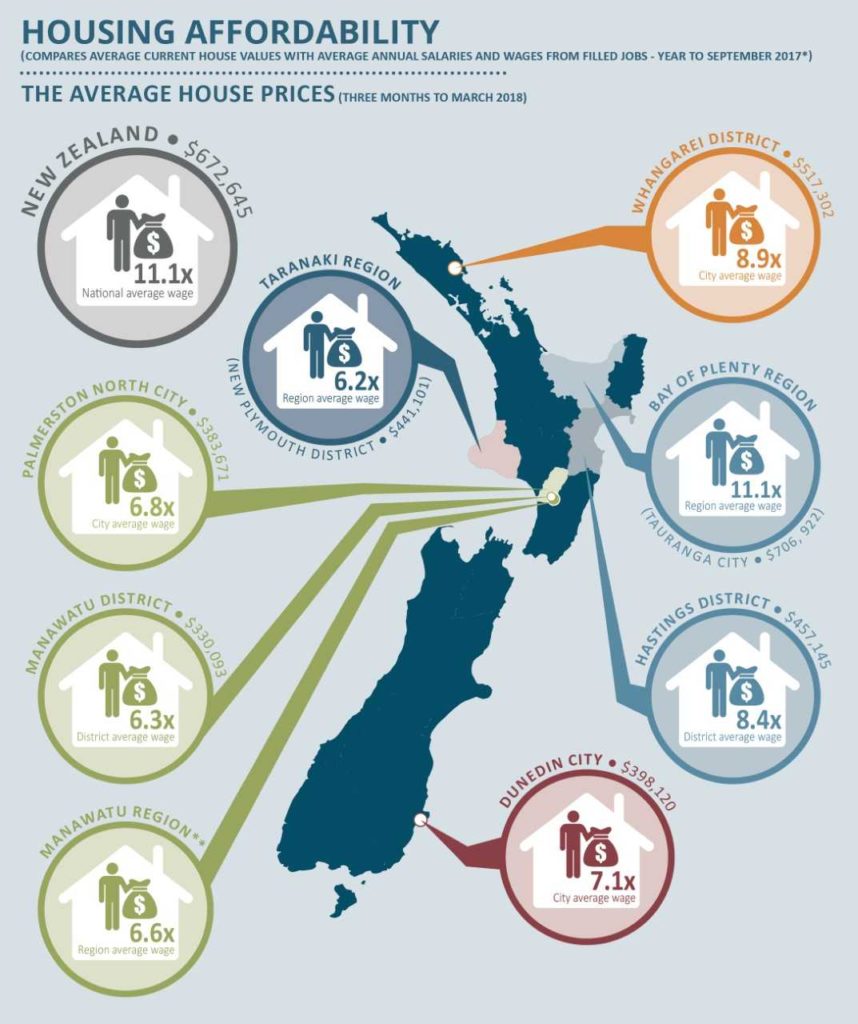 As illustrated, compared to other regions around New Zealand, we have a very solid offering – we’re almost twice as affordable as New Zealand’s average.

“This is a compelling proposition for those currently sitting in our big cities, yet we aren’t getting the population growth that other regions are experiencing, and we need to ask ourselves, why?” says CEDA Chief Executive Linda Stewart.

“There are likely to be a few reasons, including the perception you may need to take a pay cut to work in the region, which isn’t necessarily true given our average salary is only $4,000 less than New Zealand’s average, as well as some what negative perceptions of our city and district that may still persist.”

“Building the profile of our region and showing why it’s attractive to move here and stay, is a main priority for CEDA,” Ms Stewart says.

In Feilding, 36 residential houses were sold in March, just two less than the previous month. The median sales price increased to $338,250.

“This continues to indicate that in comparison to other areas around New Zealand, our city and region still has very affordable homes, although prices are definitely rising.”

First home buyers are continuing to be the driving force behind stimulating the lower end of the market, which has a positive flow on effect where people who have already purchased their first home are able to sell and buy a home at a higher level, he says.