He says since January 2016, the number of arrivals and departures has risen 38 percent, an additional 175,000 annual passengers, with a growing regional traveller base, holidaying families and couples driving the increase.

These figures are part of a broader Transport Data Update covering the latest in the number of people employed in the sector through to the number of car registrations in the region. CEDA publishes these figures to keep a pulse on the local business community.

The transport industry is an important contributor to Manawatu’s economy, accounting for $186m of overall GDP, a 3.5 percent rise in the year to March 2018. 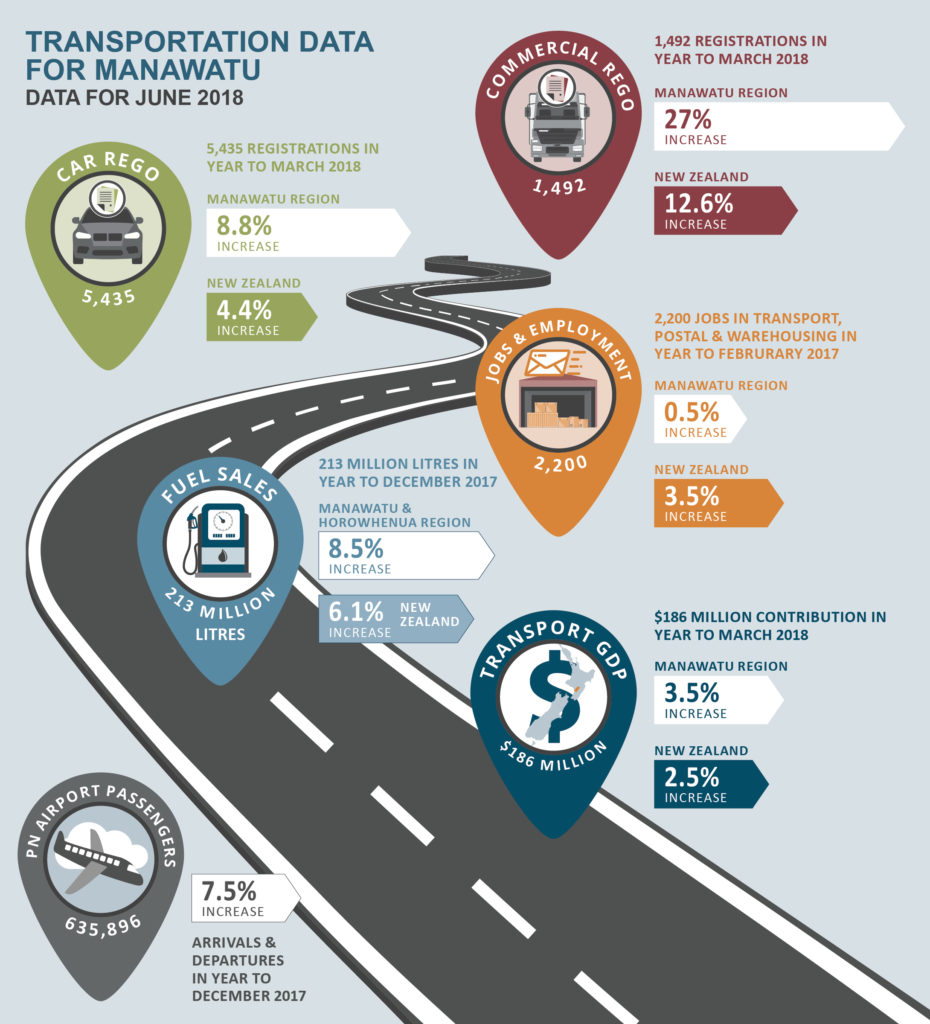 The increase in visitors through Palmerston North Airport is a highlight in the data. The airport has traditionally been a strong business market, but a combination of factors means the leisure market is growing rapidly. An increase in the number of flights each day operated by Air New Zealand, Jetstar’s arrival in 2016 and more competitive airfares have all contributed to a total of more than 650,000 travellers heading through the airport in the twelve months to May 2018.

“Palmerston North never used to have the capacity or pricing to attract families or couples going on holiday, with people opting to drive to Wellington or even Auckland to fly overseas,” says Lanham. “The increase in locals using Palmerston North Airport as a gateway to Auckland for international holidays is really noticeable, and because the cost of living is so affordable in Palmerston North, family trips overseas are common.”

And the upwards trend is likely to continue: Air New Zealand recently announced it will add another 12 one-way flights between Auckland and Palmerston North from mid-August, targeted at the business market in response to strong peak hour demand. The airline’s decision to pull out of Whanganui and Kāpiti has also led to Palmerston North drawing in travellers from those markets.

“The increase at the airport is great to see,” says CEDA Chief Executive Linda Stewart. “Palmerston North is a transport hub and gateway to seven other districts so it’s imperative that CEDA continues to work closely with industry leaders across the transport sector, including the airport and airlines, to support Manawatu’s growth and value proposition of what the city and region have to offer.”

For more data on the region, visit our Data & Insights section.