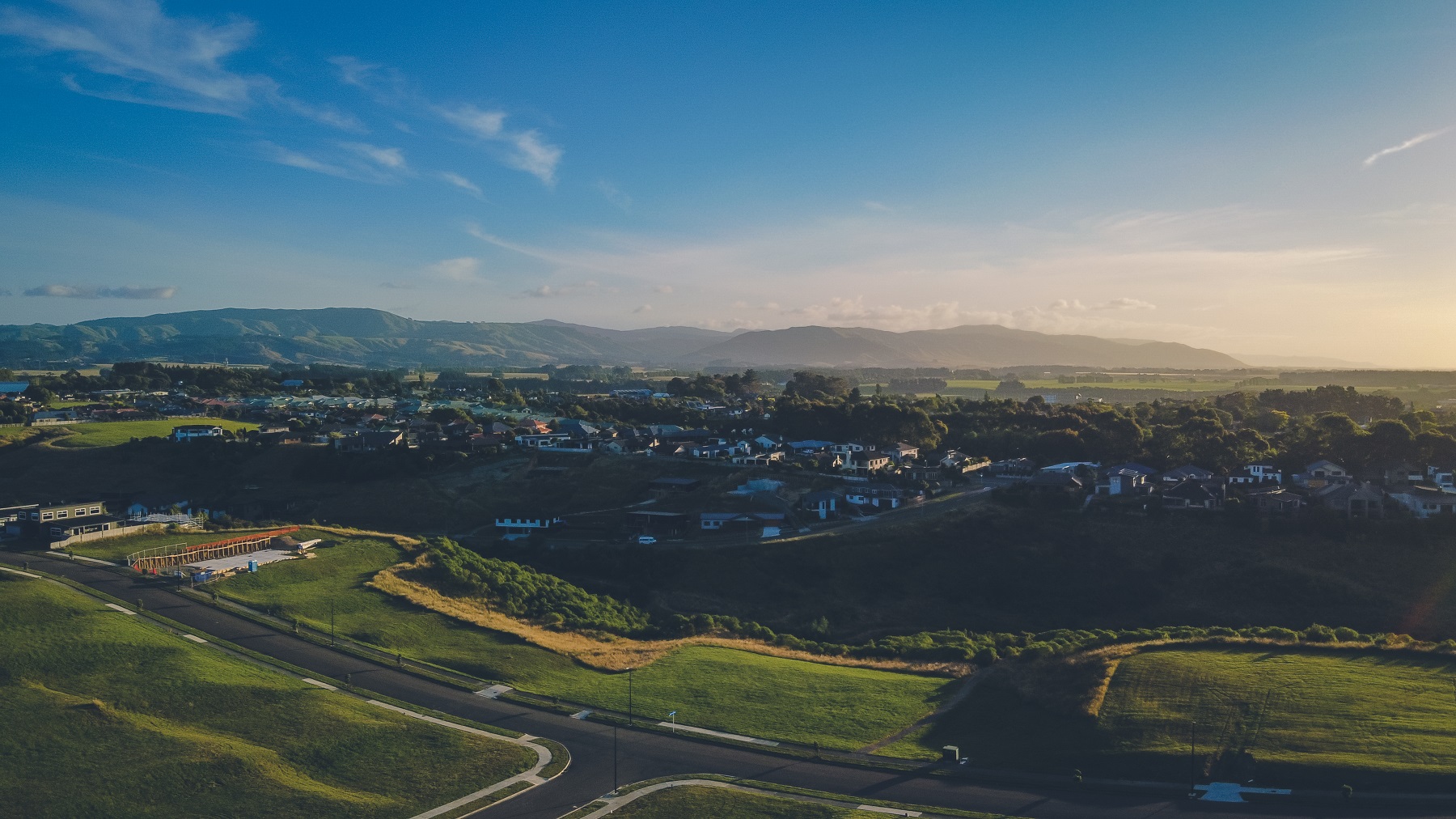 The COVID-19 pandemic had significant impacts across the national economy towards the end of the March quarter.  The June quarter will more accurately reflect the anticipated impacts such as slowing population growth, softening employment growth and a subdued consumer confidence.

The wider Manawatū-Whanganui regional economy grew 1.7 percent in line with a slowing national economy. On 16 March 2020, the Reserve Bank, anticipating COVID-19, cut the Official Cash Rate by 0.75 percent; its largest single cut since 2009. In the March 2020 year, Palmerston North grew at 1.4 percent. However, Manawatū District grew at 3.1 percent off the back of strong commodity prices, heightened residential investment and strong employment growth.

Electronic card transactions, in the quarter to April 2020, show how COVID-19 has impacted consumption with card spending in Palmerston North and Manawatū District falling 18.6 percent while transactions were down 27.8 percent. Food retail unsurprisingly bucked this trend being up 17 percent largely through the significant increase in demand for supermarket foods. Also bucking the trend was overseas visitor spending, which was up 29.7 percent, possibly due to the lockdown and resulting travel restrictions.

Tourism expenditure in Palmerston North and Manawatū District was approximately $485 million in the March 2020 year. The effect of COVID-19 on tourism is significant but not all regions are affected equally. The lifting of domestic travel restrictions from mid-May combined with low fuel prices is a boost for the region’s domestically focused industry. Additionally, fuel prices assist affordable leisure and business travel by road (particularly from Wellington) and by air (Auckland and Christchurch). CEDA will also have access to part of the $20.2 million being made to Regional Tourism Organisations to further support the recovery of our regions visitor sector.

For the March quarter, regional consumer spending was $340 million; a 2.9 percent increase in the March 2020 year and just below a national figure of 3 percent. This will decline in the June quarter, as signalled by the Marketview electronic card data for April. Regionally, car registrations fell 11.6 percent in the March 2020 year while commercial vehicle registrations fell 7 percent to 1,650 vehicles. Looking ahead, a weakening economy could potentially weigh on consumer spending intentions. 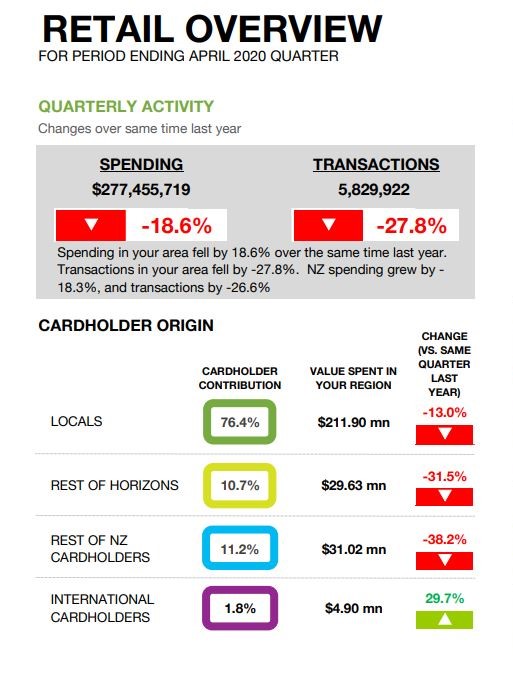 As a result of government spending and Reserve Bank stimulus, Treasury, in Budget 2020, forecast a 1 percent decline in employment in the June 2020 year with a further decline of 2.4 percent in the June 2021 year. While the return of New Zealand residents increases competition for roles, it increases the talent pool businesses can draw upon. For Palmerston North city and Manawatu, the significant pipeline of capital projects planned and underway will further support our labour pool with employment opportunities.

Fonterra’s benchmark price for the 2019/20 season will be $7.10-$7.30 per kilogram of milksolids (kg/MS). For Manawatū-Whanganui, this is potentially worth around $332 million; $42.8 million higher than last season. Fonterra’s forecast for the 2020/21 year reflects uncertainty over COVID-19 with a lower range of $5.40-$6.90 kg/MS. While red meat exports and prices stayed strong despite COVID-19, Beef and Lamb NZ is predicting a less certain 2020/21 season as key export markets enter recession.

Through to 2030, construction and infrastructure projects worth up to $4 billion have been announced for Palmerston North city and Manawatū. New capital projects and renewals in the Palmerston North City Council and Manawatū District Council 10-year plans to 2028, are valued at $877 million. The City Council proposes that $125 million (18 percent) of the capital budget of $687 million will be funded externally, while the Manawatū District proposes capital expenditure of $190 million, primarily on roading and three-waters infrastructure.

Some projects are awaiting final approval, one of the largest being the construction of the MidCentral DHB acute services block. There are several projects under development where final values have not been set, such as the construction of the new KiwiRail Regional Freight Hub. There may also be manufacturing opportunities in the region if international supply chains remain disrupted.

This sector, which includes all state owned and funded organisations in the Manawatū region, is a real strength of the Manawatū economy and accounts for 28.1 percent of jobs in the region compared to 17.9 percent for the rest of New Zealand. These jobs are relatively safe and will support levels of confidence and household expenditure within the regional economy. This should underpin jobs in the services sector relative to other parts of New Zealand. The government sector contributed salaries and wages worth $1.075 billion in the region for the year ended March 2018.  It accounted for 36.2 percent of salaries and wages paid in the region and 30.9 percent of total earnings, including, incomes of the self-employed.

In his 2020 Budget Speech, the Minister of Finance said that “the IMF expects a decline in global economic activity not seen in peacetime since the Great Depression of the 1930s, with annual global growth expected to fall to -3.0 percent in 2020.”

The economic impact of COVID-19 on Palmerston North and Manawatū District could be less severe, with potential annual declines in GDP of -3.3 percent for the City and -3.7 percent for the District. This has been reflected in data following the move from Level 4 to Level 2 restrictions after the March quarter ended. In the week ending 17 May, the first four days under Level 2, Manawatū District experienced a 9.5 percent increase in retail spending compared with the same week in 2019. While Palmerston North experienced a 5.1 percent decline, that week corresponded with Massey University’s deferred graduation week; typically, a large spending week for the City with an influx of visiting friends and family. This is much more positive than the national decline in New Zealand retail spending of 11.2 percent.

Not all regions will be equally affected by COVID-19. The primary economic backbone is strong with merchandise exports holding up relatively well. Manawatū remains the second home of government, and is underpinned by research, technology, education, health and of course, the Defence Force. The region also has billions of dollars of planned infrastructure that is either underway, due to start or likely to be accelerated. This is not to sugar coat tough times ahead but shows how Manawatū’s diversified economy positions it for recovery. The region continues to be an attractive investment destination with solid potential.

Key Insights for this Quarter

Please find the full reports, below.